Kabardino-Balkarian Republic is located in the central, most high-mountainous (up to 5000 m above sea level) part of the Greater Caucasus, on its northern slopes, in the basin of the left tributaries of the Terek.

According to the peculiarities of its structure and the nature of the relief, the territory of Kabardino-Balkaria is divided into three parts: plain (33%), foothill (16%) and mountainous (51%).

The mountain part is represented by three parallel ridges stretching from the north-west to the southeast: the Main Caucasus or the Watershed Ridge, Lateral and Rocky. All ridges are separated from each other by longitudinal valleys (depressions).

The main Caucasian ridge limits the territory of Kabardino-Balkaria from the south and south-west and represents a single continuous mountain chain covered with eternal snows and ice.

Between the Main and Lateral ridges is the South Jurassic depression - the Shtullin depression, reaching 1500-3000 m. Depression is composed of Lower and Middle Jurassic schists, sandstones easily destroyed.

The rocky ridge is located north of the Lateral ridge and is a chain of disjointed massifs, separated by deep canyon-like gorges. Absolute heights here on the average reach 3000 m a.s.l. The Lateral ridge from the Rocky ridge is separated by an extensive intermontane basin - the North-Jurassic. It is composed of clay shales, sandstones of the lower and middle Cretaceous, limestones, marls, dolomites of the Upper Jurassic. 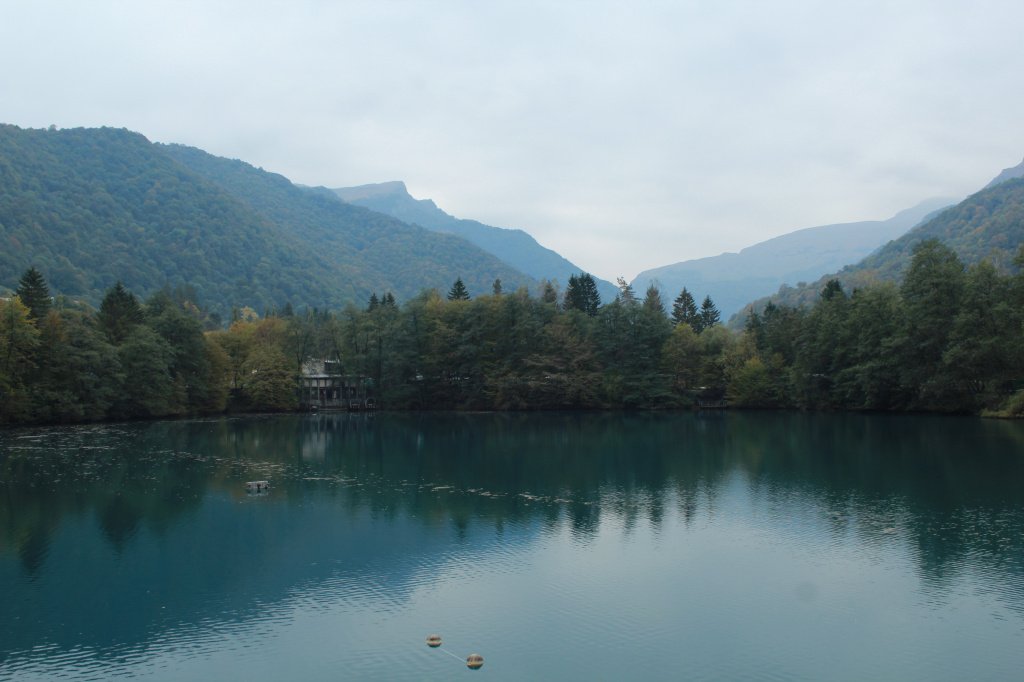 The territory of Kabardino-Balkaria has a fairly developed river network. The area of ​​land under surface water objects, including bogs, according to the State Committee for Land Resources (2004), is 16.4 thousand hectares. The rivers of Kabardino-Balkaria: Terek - 623 km, Malka - 216 km, Cherek - 131 km, Chegem - 102 km, Argudan, Baksan 173 km, Kurkuzhin, Lesken, Uruh.

The water regime of the rivers of Kabardino-Balkaria is divided into two groups: glacial feeding rivers (Terek, Malka, Baksan, Chegem, Cherek, Sukan-Su) and rivers without glacial feeding, where groundwater nutrition plays a significant role (Nalchik, Shalushka, Lesken and others). The role of rain water is low. The maximum flow of water in the rivers of glacial feeding occurs in the summer months (June-August), when glaciers, high-mountain snow melt, and ice-free for the spring and autumn.

The territory of the republic is characterized by a wide variety and richness of hydromineral resources, represented by fresh, mineral and thermal energy waters. In Kabardino-Balkarian Republic there are more than 100 lakes, a significant part of them belongs to small lakes, the area of ​​the water mirror is not more than 0.01 sq.km. Most of the lakes are in the highlands, their formation is associated with the glaciers of the karst processes, and flat lakes are the residual reservoirs - river oldeners.

The unique lake Chirikkel (blue lake) is located on the right bank river terrace of the river. Cherek - Balkarian. The area of ​​the water surface is 26 thousand square meters, depth 368 m, length 235 m, width 180 m. In water, the significant content of hydrogen sulphide and its concentration increases with depth. The level and temperature of the water in the lake remain unchanged throughout the year, taking into account the fact that no river flows into it, and the only unnamed river flows.

In Kabardino-Balkarian Republic, over one hundred manifestations of medicinal mineral groundwater have been identified. East-Baksanskoe, Nizhne-Baksanskoye and Aushegerskoe deposits of thermal power underground waters have been explored.

In the flat part, on the border of Kabardino-Balkaria and Stavropol Territory, there is a salt lake with therapeutic mud - Tambukanskoe, more than 2 km long and 0.6-1.1 km wide, 1.6 km deep on average.